Her work involves approaching contemporary visual culture by using various tools such as drawing, silkscreen print and collage. The editing techniques and the ephemeral and procedural nature of the work are very important in her artistic creations.

Her work involves drawing attention to the contemporary visual culture through various means such as drawing, silkscreen print and collage. The multiplicity, the fragments and the repetition as means of breaking away from the absolute image and the linear narrative forms, the editing techniques and the ephemeral and processual nature of the work are revealed in her artistic practice as a series of constants. She is an Associate Professor of Fine Arts at UCM and USAL universities. She is also the co-founder of Erreakzioa-Reacción, founded in 1994, an initiative for developing and discussing projects around artistic practice and feminist activism in the form of publications, workshops, seminars, conferences, exhibitions and videos.

Among her many solo exhibitions are: Woollen Body. Rehacer Fundido encadenado (Lap Dissolve Remake), Carreras Múgica art gallery, Bilbao, 2015; Tableau Vivant, Reina Sofía National Museum and Art Centre, Madrid, 2013; and Fundido encadenado (Lap Dissolve) – Break You Nice, MUSAC, León, 2012. She has participated in numerous group exhibitions like the 1966/Gaur konstelazioak/2016 – Kairós, San Telmo Museum, in the Donostia/San Sebastián 2016 context – European Capital of Culture. She has also been part of the projects like Valparaíso: In(ter)venciones(Valparaíso, Chile, 2010), where she launched Coloring Book, a series of workshops for children, the art material generated from which was displayed in her own exhibitions, and that was followed by a workshop at the Cáceres Museum on May 18, International Museum Day, where a group of children “intervened” through some material provided by the artist, creating their own universe with the use of drawings and collages.

The art material generated was shown at the exhibition Producciones low-fi(low-fi productions) that was held at the Cáceres Museum between June 2 and June 25.

This intervention follows a process that has already been experimented with in Valparaíso (Chile) in 2010, Donosti-San Sebastián during its selection as the European Capital of Culture and in 2013 at the Reina Sofía Museum, where this artist’s first work of video art, Tableau vivant, was exhibited,that was later recovered by Cáceres Abierto and exhibited at the El Brocense Art Galleryduring the same dates. 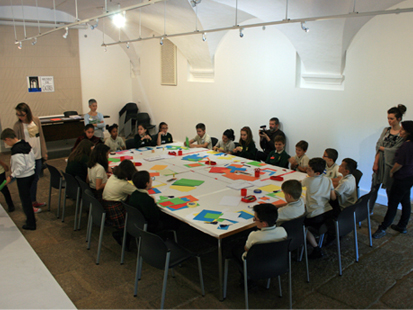 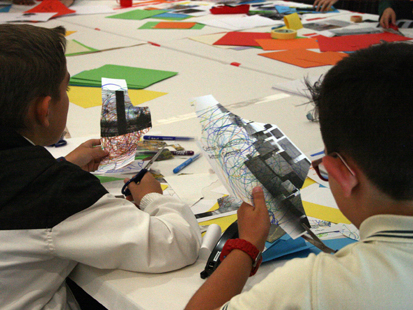 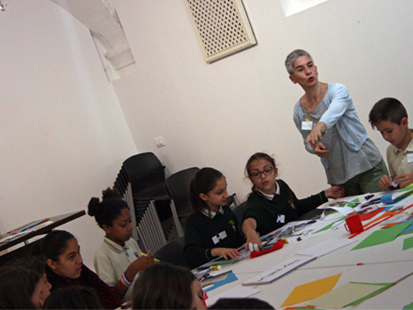 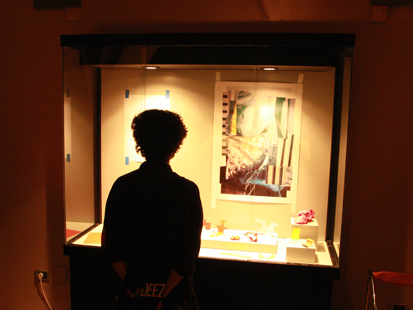 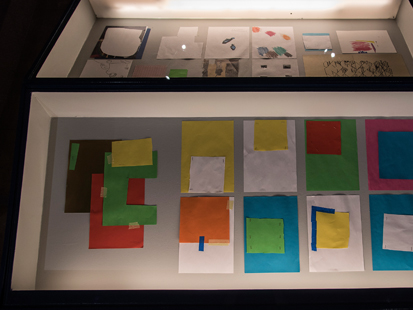 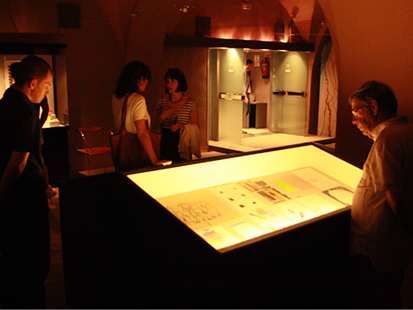