She is a visual artist who uses various plastic art forms in her work, such as installation, video, photography and drawing. She is especially known for the interventions and performances that she has presented in public spaces.

She has a Fine Arts Degree from the Complutense University of Madrid. She uses various plastic art forms, such as installation, video, photography and drawing. She is especially known for the interventions and performances that she has presented in public spaces. With her public art projects, the artist has always directed her interest towards the citizen’s everyday perspective, in order to evoke mild interruptions in our daily life. Her other range of work is based on some mythical figures from the History of Art for appropriating certain icons that have been converted by the society into cultural paradigms.

As part of Cáceres Abierto 2017, Diana Larrea presented the intervention titled Microuniverso (Micro-universe) in the Arab Cistern of the Cáceres Museum, which was open to the public from June 1 to June 25.

The concept of ‘micro-universe’ tells us about a space that has elements of much smaller proportions with respect to our perception, that is, where distances, sizes and the scale are much smaller with regard to the world we live in. Based on this idea, the project consisted of an intervention specifically conceived for the Cistern of the Casa de las Veletas, where the public was invited to live a purely sensorial experience, giving them the freedom to interpret it according to their own knowledge and experiences.

Using a considerable number of small points of light placed with submersible optical fibre on the floor of the cistern, a starry structure was composed depicting a small cosmos under the water that plastically evokes the layout of stars in the night sky. Through these illuminated points in the form of a constellation, the artist placed the viewer in the zone of contemplation.

The project revolved around the romantic theory of perception of the sublime and our perspective as human beings with respect to the universe. Through this luminous composition, an almost magical atmosphere was created where the primordial aspect was to let oneself be carried away by the senses. 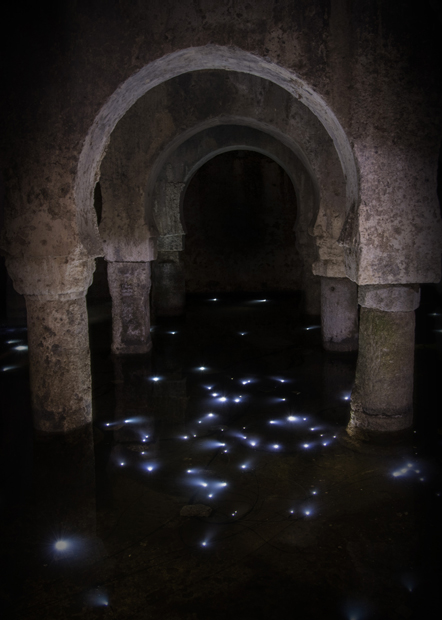 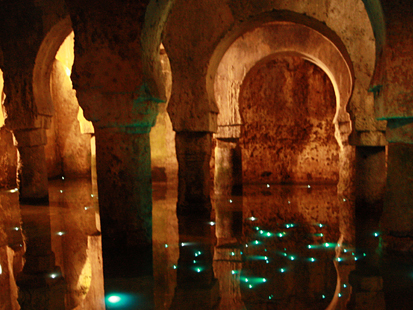 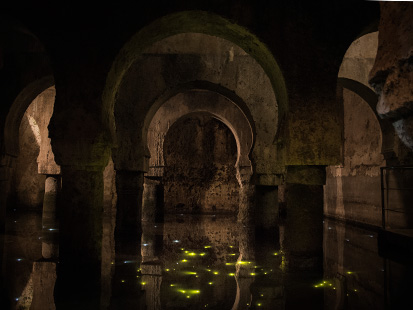 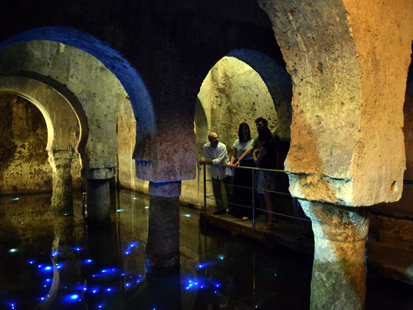