His most recent work is of relational tendency which revolves around cultural tourism and the role that culture plays in our society. He also works as coordinator of the magazine TMEO and as cultural columnist for the local newspaper and radio of his city.

His most recent works include a reflection, through irony and humour, on cultural tourism and the role that culture plays in our society. This refers to the solo exhibition, called Feria(Fair),in the Artium Museumof Vitoria-Gasteiz in 2013.

Along these lines are projects such as Postal Freek, printing and distribution of ‘unofficial’ tourism postcards in Madrid, produced by AVAM in 2012, and PM: Unofficial tourism, creating an alternative tourism office in collaboration with the Es Baluard Museum of Mallorca in 2011, an intervention that he also presented in Lisbon in 2015 for the Mostra Espanha 2015 project, both produced by AC/E,andin Madrid as part of Madrid Abierto in 2010. Another remarkable work of the artist is Turismo raro(strange tourism), which entailed the publishing of an alternative tourist guide meant to be abandoned in public spaces of Madrid, produced by the Ministry of Culture in 2012.

He has also taken part in numerous group exhibitions such as EncuentroMadrid Abierto(Madrid Abierto Conference) at Matadero Madrid andArte Útil(Useful Art) at the Espacio Off Limits in Madrid, both in 2011.

His work as a relational artist also extends to South American contexts where he has developed artworks like the unique tourism newspaper Mostra Espanha 2015, Seria Soneub(2006), created during his stay in Buenos Aires and exhibited at the Recoleta Cultural Centre of the city, a project that was presented in Bogotá the following year.

He is the co-founder and coordinator of the fanzineTMEO. He is also a cultural columnist for the local radio and newspaper of his city.

The mobile office of Unofficial Tourismwent all over the streets of Cáceres between June 1 and June 4, 2017, as well as on all the weekends of that month, although the maps and guidebooks could also be obtained from the ElBrocense Art Gallery from June 1 to June 25.

The programme also featured the Postal Freek Cácerescompetition. This entailed a collection of 12 postcards made by the citizens, showing images of the city that were very different from those designed by the tourism industry and that were distributed in this art gallery as well as in different cultural and entertainment spaces of the city.

Unofficial Tourismand Postal Freek Cácereswere presented at the A. Rodríguez-Moñino/M. Brey Public Library on June 3 with the participation of the entire team. 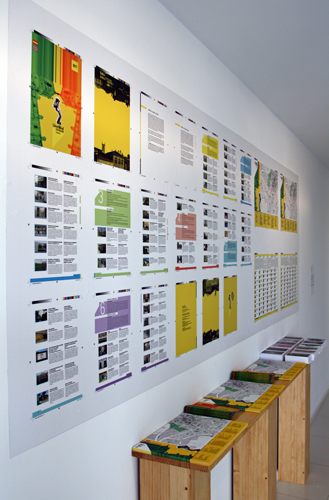 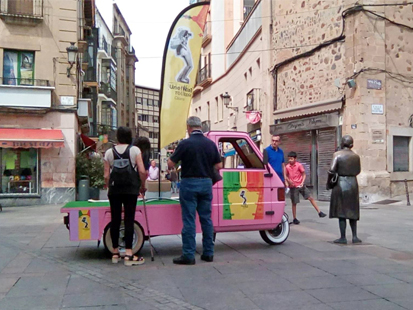 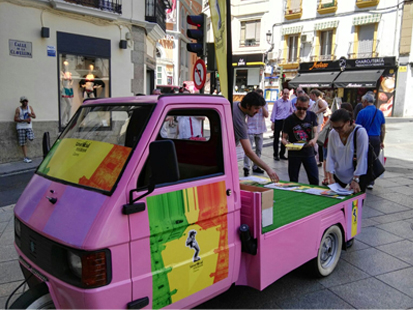 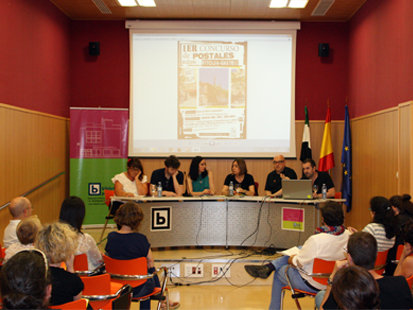