From photography and video, she moved into performance art, a genre she has been profoundly engaged in for the last ten years. She participates in numerous conferences and festivals in Spain as well as abroad. She is also the co-creator of the EXCHANGE Live Art project.

Her work has evolved from photography and video to performance art, a practice she has been almost exclusively dedicated to since 2007. She conceives artistic creation as an act closely linked to life and, therefore, her artworks need to be sincere and be connected with her personal experiences and her daily life. She finds interest in the minimal and apparently insignificant things, the driving force and inspiration of her work, often linked to memory and recollections, as well as austere things, in terms of technical and material needs. What fascinates her about performance art is public presence and interaction and how it contributes to the existence of the work. Her artwork comprises games, challenges, absurdity and the nonsensical, provoking situations or experiences that compel one to push the limits.

Based on a live art workshop given on May 30 and 31,which was open to participation for anyone interested, and other three previous workshops held on May 23 and 24 and June 2, in collaboration with the Escuela de Artes Escénicas Maltravieso school, the Elementary Dance Conservatory of the “El Brocense” Cultural Institution, I.E.S. Al-Qázeres school(students of Bachillerato in Performing Arts, Music and Dance, and Plastic Arts), the ESAD School of Dramatic Arts of Extremaduraand the students of Fine Arts and Art History from the University of Extremadura; the artist Isabel León presented the action called Rastros (Traces). A Disseminated collective actionat different cultural institutions of Cáceres such as the Cáceres Museumand the Helga de Alvear Foundation Visual Arts Centre, as well as at other public spaces of the city, simultaneously, on Saturday, June 3 with a total of 50 people who participated in the previous workshops.

The intervention is a creative process based on the concept of ‘presence’ and on the occupation of public space by the participants, who are accompanied by domestic elements of everyday life and in which one can reflect on the concept of intimate and the private, with regard to the public and the shared elements, marking the abstract traces in the space they have occupied.

The artist also exhibited an artwork related to this action at the El Brocense Art Gallerybetween June 1 and June 25. 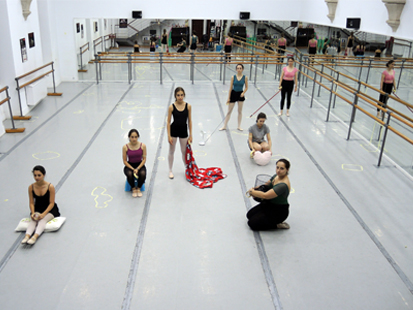 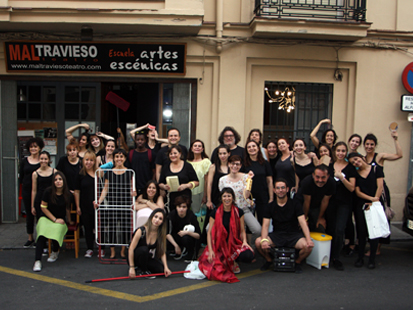 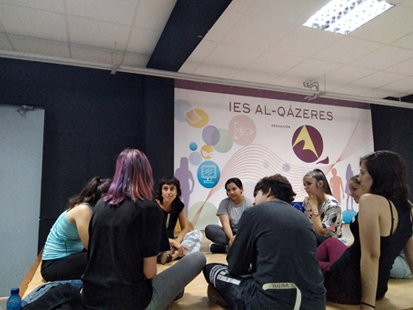 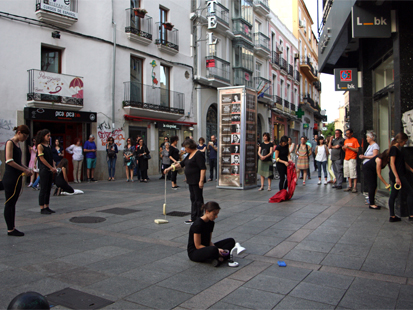 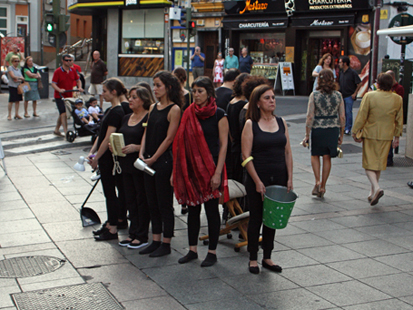 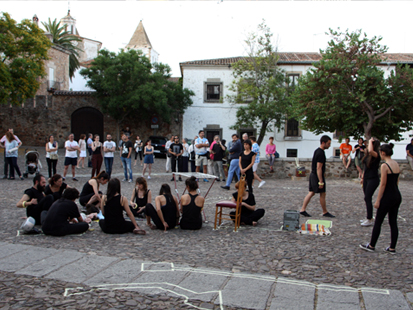