With the use of metaphors and site-specific interventions, he wants to break and then mend ties between the three elements that constitute the equation of his work: city, subjectivity and power.

He explores the aesthetic possibilities of the urban environment, experiments with spaces, links video projections and installations together, and designs complex iconic structures. In his work, there is an underlying profound interest in putting the language, which is developed on the streets, in direct contact with the various art codes from both private and institutional contexts. Hence, his creations contain elements that make immediate reference to the urban world.

The artist has participated in Cáceres Abierto 2017, performing an intervention on the enormous facade of the Edificio de Servicios Múltiples (government office), composing the word “Ojo” (watch out) using the pattern formed by the windows, in order to establish a relationship between architecture and typography through some essential advertising strategies, but without the intention of selling anything to the passersby.  The intervention was activated on the nights of June 1 to June 4, 2017 and on the weekends of the same month, as well as on all the weekends of Cáceres Abierto (i.e. June 9, 10, 11, 16, 17, 18, 23, 24 and 25). 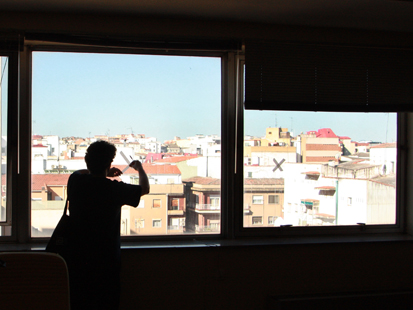 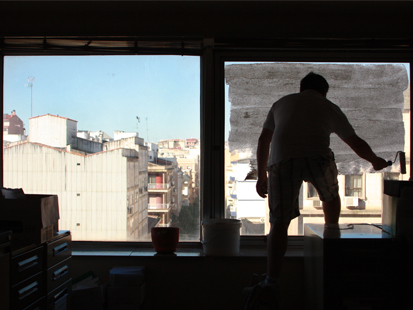 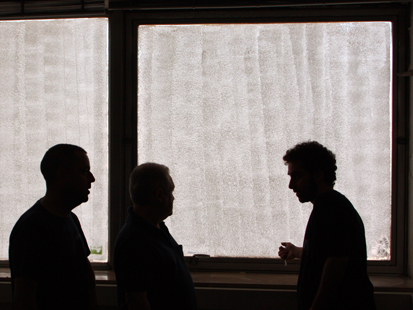 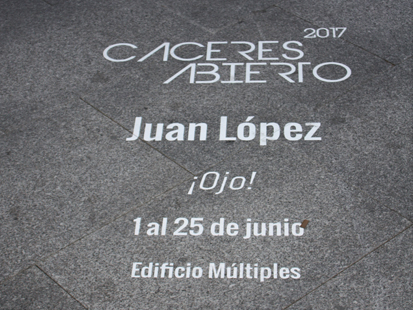 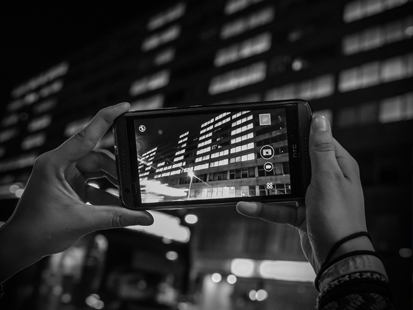 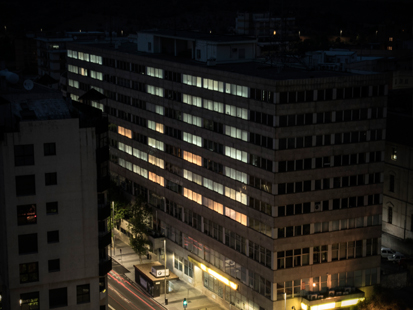 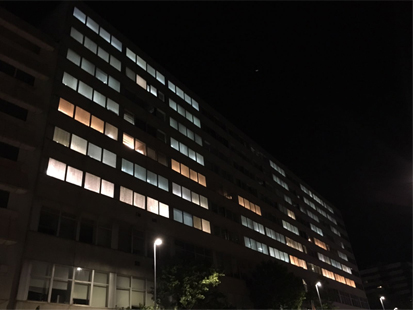 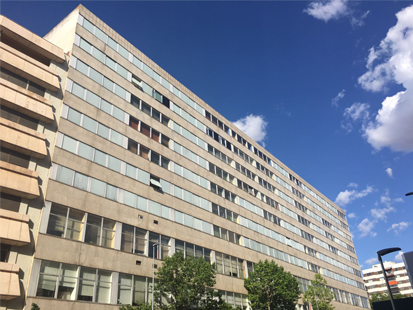 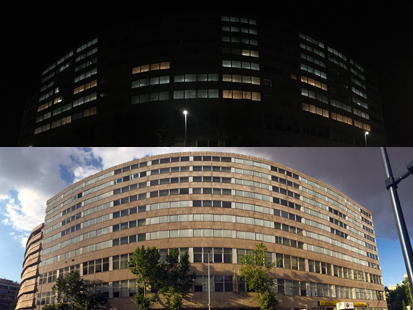