Specialised in electronic art, audiovisual performance and installation, since the 90s she has been combining her artistic production with her work as a curator. Her artwork is aimed at subverting traditional narratives, interacting with the audience and getting closer to the aspects of everyday life.

With a focus on electronic art, audiovisual performance and installation, Cajaraville has been combining her artistic production with her work as a curator since the 90s. Her artwork is aimed at subverting traditional narratives, interacting with the audience and getting closer to the aspects of everyday life.“G.O.D,Garden of Delights”,“What’s happening in my living room?”, “A Vladi Tale”are some good examples of this. She is one of the founders of LaptopsRus/CrisisRus, a network of female performance artists. In the 90s, Cajaraville built the Spanish platform Conexión.Madrid of the pioneer International City Network, which connected EU artists through the Internet.

Since 2014, she is the curator of the Piksel festival in Norway.

From the June 1 – June 4, the artist performed the action/interventionLa Virgen de Guadalupe no viene a verme(The Virgin of Guadalupe does not come to see me) at the Plaza Mayor, through which, with public participation, electrical impulses were generated from organic and inorganic materials from the Extremaduran production sectors connected to each other, to fuel the creation of a ceramic map of Extremadura using a 3D printer. The agri-food harvest is depicted here as the identity of Extremadura which can, by unifying its powers, turn stone into gold like an alchemist, while revolutionising its productive processes and bringing about a change in the mentality. The art piece was then exhibited at the El Brocense Art Gallery until June 25, 2017. 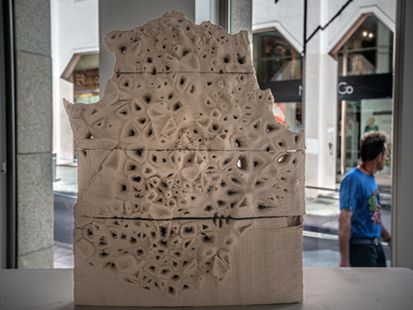 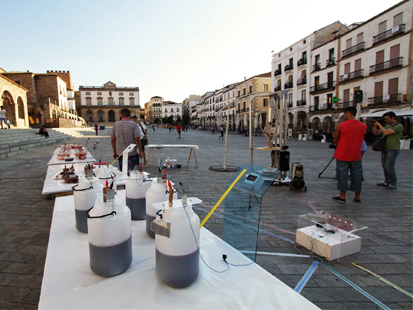 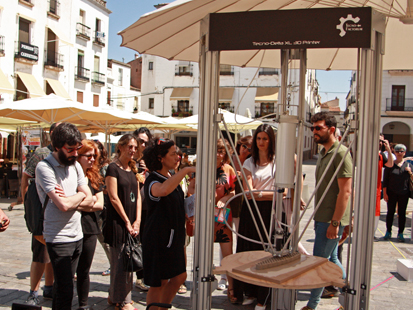