We embarked on our venture today to fill the city of cáceres with artistic and participatory projects of 25 artists from extremadura and from outside the region. 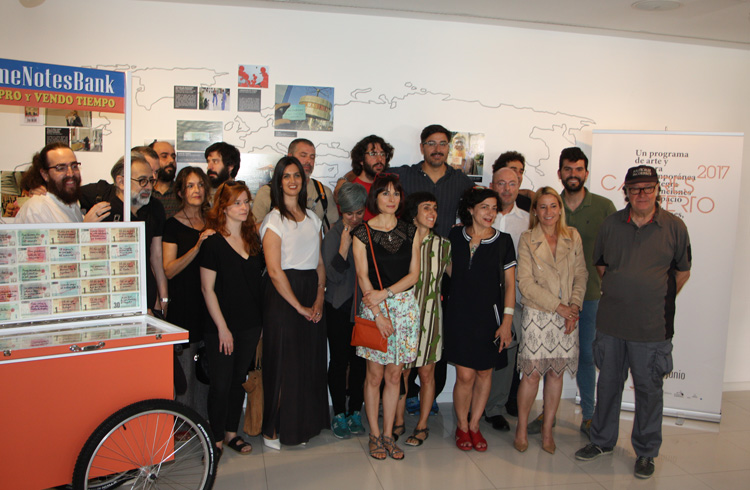 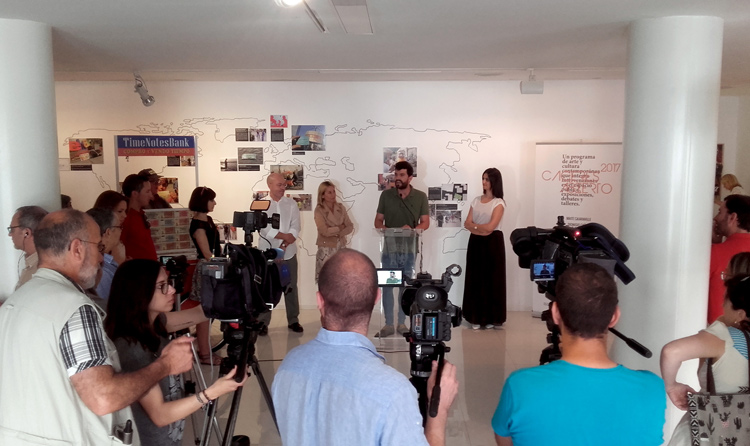 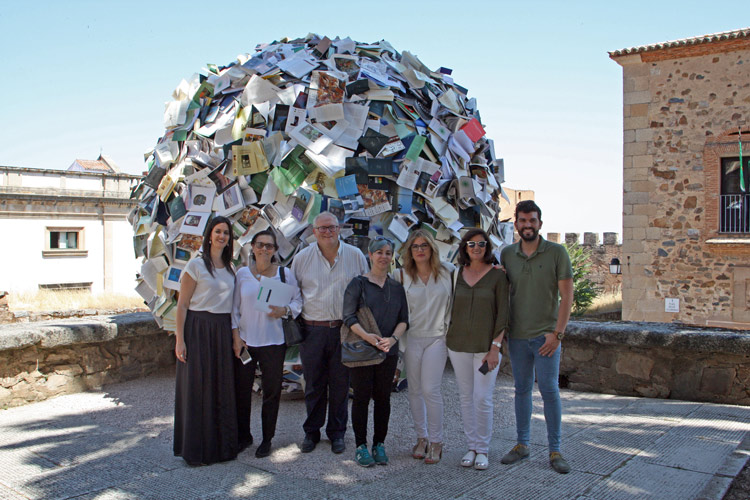 This morning we opened the first edition of Cáceres Abierto, in the presence of the representatives of the institutions and artists who made this possible, as well as numerous media representatives that have attended the event.

The day began with the first presentation at the El Brocense Art Gallery delivered by the Secretary General of Culture, Miriam García Cabezas, during which she emphasised that Cáceres Abierto “is not a conventional visual arts project, but rather it transcends the world of artistic interventions with the objective of encouraging participation and the interrelation of different entities in the art sector”. She also expressed her gratitude to the curator, Jorge Díez Acón, and the associate curator, Julio Vázquez for their efforts by referring to them as “the inspiring souls of Cáceres Abierto” as well as the members of the Museum and Visual Arts Service. Similarly, she extended her appreciation to the collaborating institutions such as the Cáceres City Council, the Provincial Councils of Cáceres and Badajoz, the Extremadura Cultural Foundation, the Consortium of Historical City of Cáceres, and Extremadura Avante, as well as many other entities and citizens’ associations that have participated in the project.

Furthermore, she pointed out that this initiative has resulted from an invitation for tender which “for the first time, in order to promote transparency and effective management of public administration, was called by the Regional Government of Extremadura to design an initiative that should lend continuity to the old Foro Sur and Foro Arte Cáceres, while adapting them to this new era”, she stated.

“Together, we have succeeded in setting a benchmark for contemporary art and visual arts, from a very participatory and open perspective, that is Cáceres Abierto, and which contributes in reinforcing the commitment of the Regional Government of Extremadura towards culture and, especially, towards the visual arts sector”, she emphasised.

“Cáceres Abierto is a living and participatory culture that supports the Government of Extremadura, a culture of everyone and for everyone, a streetside culture, a culture in our cultural spaces, in our neighbourhoods, in our lives”, she summed up, inviting all the residents of Cáceres, as well as the people visiting from the city and the region this month, to reap the benefits of this initiative, “open yourselves to art and culture, open to a richer, more intense, more thoughtful life, open to the living culture of Extremadura”.

The opening ceremony at the El Brocense Art Gallery was also attended by the mayor of Cáceres, Elena Nevado, the representative of Cultural Department of the Provincial Council of Cáceres, Álvaro Sánchez Cotrina, the project curator, Jorge Díez Acón, and two of the participating artists, Noaz and Isabel León, representing the 25 participating artists, for the most part present at the ceremony.

Following that, we explored some of the installations and exhibitions that are part of the Cáceres Abierto 2017 programme and that can be visited until June 25, 2017.

Once again, a big thanks to all the collaborators and the fantastic team of artists and curators. This is going to be an overwhelming work but it will certainly all be worth it if we, together, succeed at paving the way for a new perception of the public service for culture and the involvement of local groups.