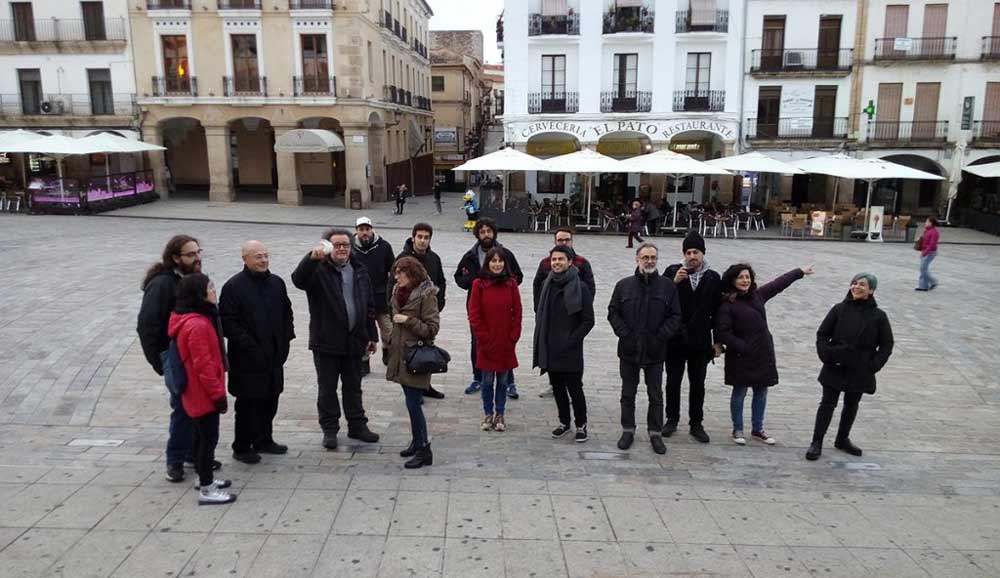 On January 28 and 29, all the artists that are collectively the core of the Cáceres Abierto project: Maite Cajaraville, Dionisio Cañas, Francisco Cuéllar, Diana Larrea, Iñaki Larrimbe, Isabel León, Juan López,Alicia Martín,Noaz, Gustavo Romano, Daniel Muñoz “SAN”and Azucena Vieites, got together in a preliminary meeting along with the curators Jorge Díez Acón and Julio C. Vázquez.

The agenda of the meeting was to make contact with the city, with its cultural spaces, as well as with the groups that constitute the fabric of contemporary art in Cáceres and Extremadura. This meeting led to a formal meeting on January 30 between these same artists and representatives from many entities that have direct involvement in the project.

The formal meeting, which was held at the regional office of the General Secretariat of Culture in Cáceres, was attended by a total of 30 people, from the Museum and Visual Arts Department of the Regional Government of Extremadura, the Provincial Councils of Cáceresand Badajoz, the Cáceres City Council, the Extremadura Cultural Foundation, the CEMARTCentre for Performing Arts and Music, the University of Extremadura, and the Cáceres Museum, Vostell Malpartida Museum, the Extremaduran and Ibero-American Museum of Contemporary Art (MEIAC), the ESADSchool of Dramatic Arts of Extremadura and the Helga de Alvear Foundation.

During the meeting, project curator, Jorge Díez Acón, assistant curator, Julio Vázquez and most of the artists that are part of the project, explained their work and their initial proposals for Cáceres Abierto.