Public presentation of Cáceres Open in the “Rodríguez Moñino” Library. 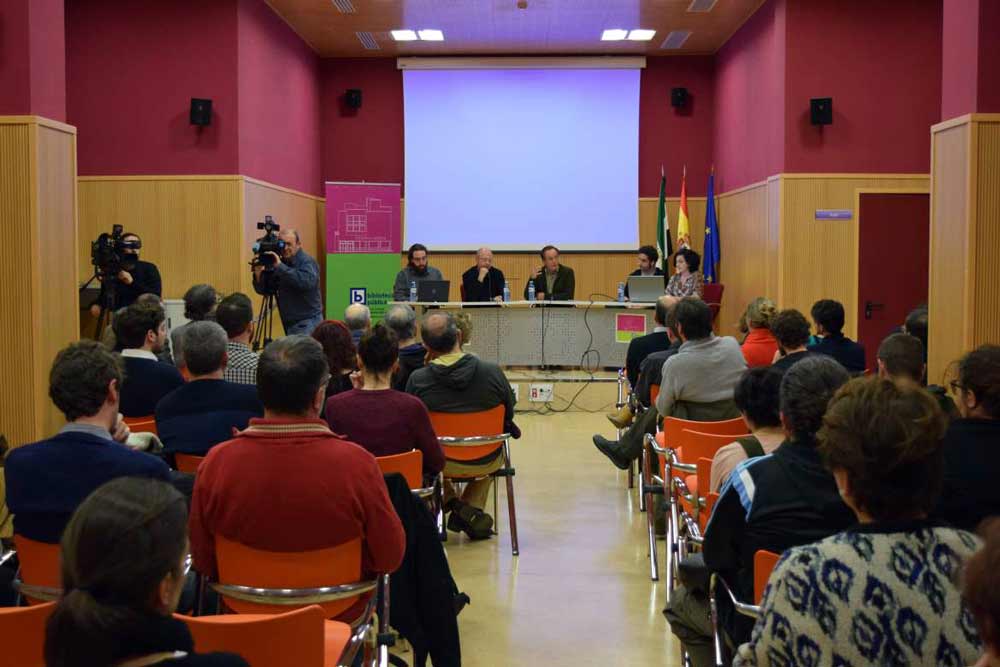 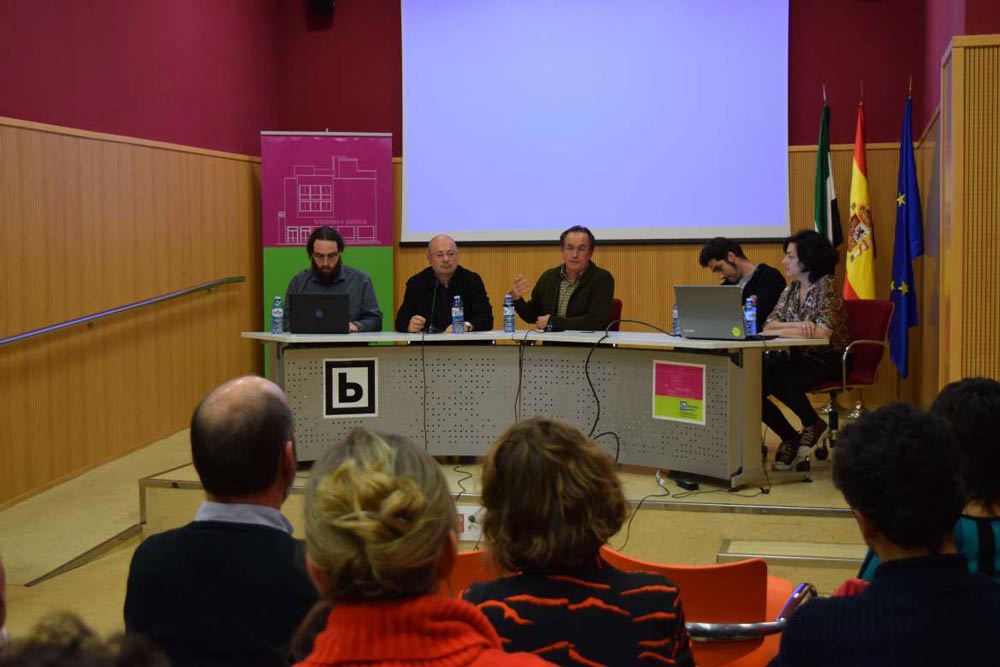 The artists of the project held a preliminary meeting on January 28 and 29 to understand the local context, have a discussion with the art and institutional groups of the city of Cáceres and the region, and determine, along with the curator and the organisers, the possible locations for their interventions. Following that, a formal meeting was held on Monday, January 30, with several representatives from the entities involved in the project. Subsequently, a public presentation of the project took place at the A.Rodríguez-Moñino/M. Brey Public Library.

Among the participants of the presentation were curator Jorge Díez Acón, assistant curator, Julio Vázquez, majority of the project’s participating artists as well as the director general of Libraries, Museums and Cultural Heritage of the Regional Government of Extremadura, Francisco Pérez Urbán.

Pérez Urbán explained that the project aims to invite as much public participation as possible, which he considers to be the beginning of “a new way of understanding what Foro Sur and Foro Arte were about. It is a project that will go out into the city and become a meeting point for everything related to visual arts”.

On the other hand, during the presentation, the curator Jorge Díez emphasised that Cáceres Abierto prioritises the participation and interaction between contemporary art and the city of Cáceres as well as the Extremadura region. “With this approach, the project started last weekend and its interventions comprise new creations, created especially in context of the city and the region, and in collaboration with the local artists and groups, students of Fine Arts, students of the ESAD School of Dramatic Arts, etc.”  He also announced that “in addition to artistic creations, there will be presentations and panels on open art and culture, as well as sessions aimed at raising awareness on and strengthening Extremadura’s associative links in the field of visual arts.