Since 1998, this artist has been working on a series that he generically calls Camino, a collection of poetic works based on the landscapes that he walks through and which he reflects through his on-site interventions and diverse artistic practices. An autobiographical work that combines romance, contemplation, at times melancholy, in a continuous meditative wander in nature.

In 2010, he moved to the city of Cáceres, and thus the idyllic paths, the pastures, the trees and the horizons of the countryside disappeared for him. The city has led him to incorporate new influences and conceptual elements in his artistic works. In these recent years, he has incorporated a literary, proverbial and humanitarian touch to his works, although they continue to evoke that feeling of escape and evasion from the open grounds like in his previous creations. He performs ephemeral and discrete art interventions and activities in natural and urban spaces that he gives titles or names to. At dawn, he strolls down the sleeping roads and streets by himself, where there are no people, a post-civilisation space.

A. Talavero, a student, a friend and an admirer of Juan José Narbón’s works, has always appreciated and been inspired by his thoughts and, therefore, in December 2017, he devised a performance called Narbón ha vuelto(Narbón is back), a series of creative activities that he continued to develop until December 2018, inviting the attendees to the entrance of Museo Narbón, a museum in Malpartida dedicated to the artist, to insist that his works and his memory be preserved. Principio, 2018 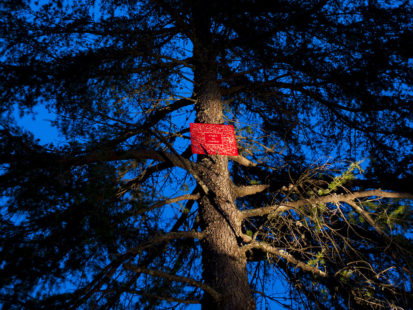 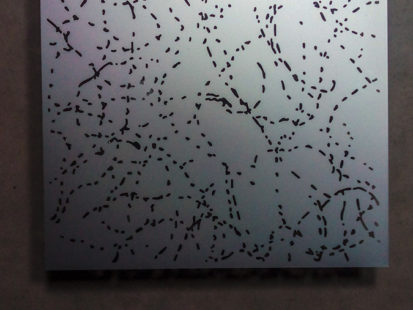 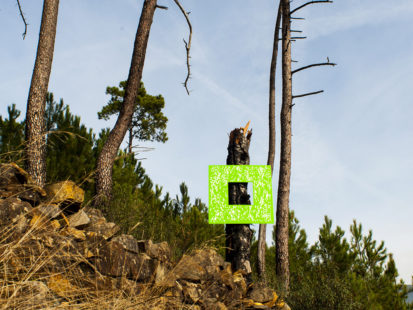 One intervention in two locations. On the one hand, all the documentation generated between December 2017 and December 2018 for the Narbón ha vuelto project, an ongoing monthly artistic activity to urge that the artist’s museum be opened permanently, with the collaboration of the participating citizens and the explicit support of Jose Vidal Lucía, exhibited at the Provincial Historical Archive until 26 May; and on the other hand, a site-specific intervention in the courtyard of the Toledo-Moctezuma Palace, headquarters of the Archive, inspired by Narbón’s poem Carne de Alambre. The project is complemented by workshops, panels and visits to the exhibition, at the Narbón Museum and Los Barruecos. 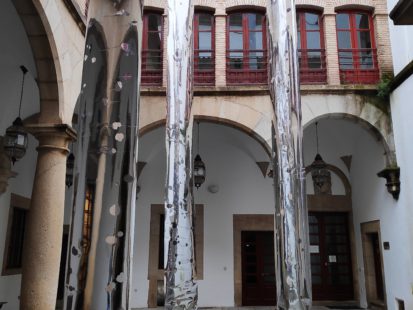 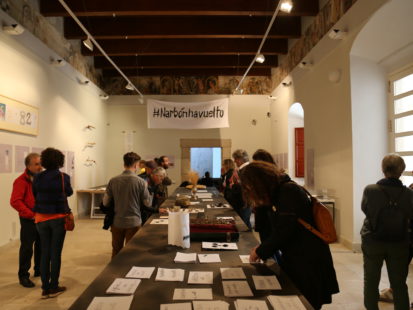