A comic book writer and illustrator, she has also been the curator of the exhibition series La Ciudad en Viñetas(The City in Comic Strips) at the CentroCentro cultural centre in Cibeles and is currently coordinating the online comics project Tris Tras. She recently published Pulse enter para continuar(Press enter to continue), a compilation of five stories that combines science fiction and fantasy. 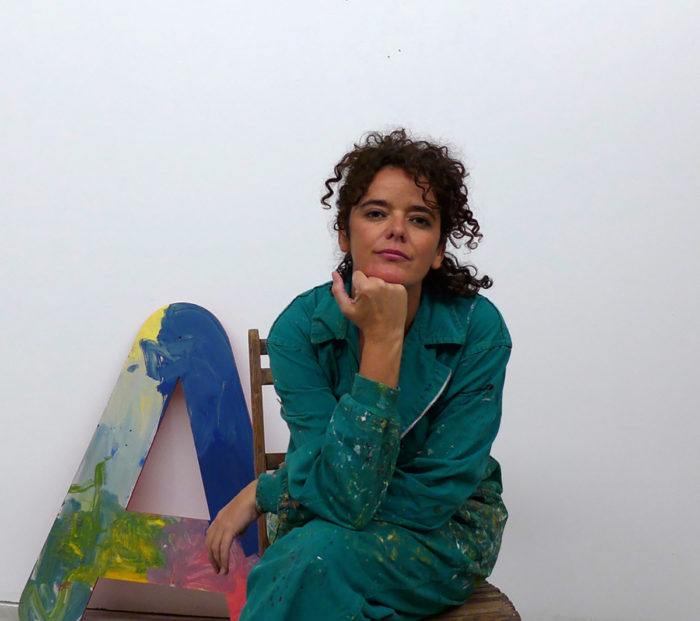 Her work focuses exclusively on formalism, where the colour, form and material are combined to create pieces of geometric patterns. The method she usually applies is the assemblage of wood and paint from objects she finds and arranges in a three-dimensional setting. Each work offers us a range of possibilities, which the artist captures in a very subtle way, further multiplying these possibilities through pictures. The creation is like a mental tool to understand and be present in the world. 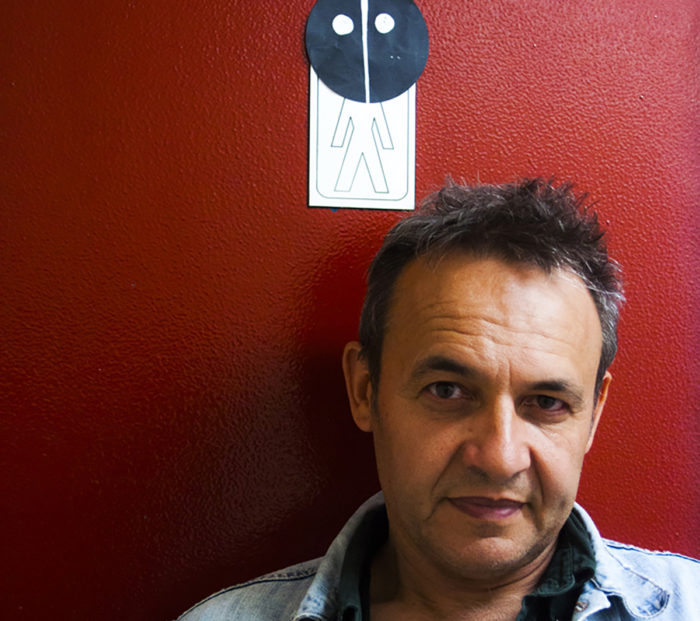 Since 1998, he has been working on a series which he generically calls Camino, an autobiographical work that combines romance, contemplation, at times melancholy, in a continuous meditative wander in nature. Ever since he moved to Cáceres in 2010, the city has contributed new conceptual elements to his work in which he has incorporated a literary, proverbial and humanitarian touch, although they continue to evoke that feeling of escape and evasion. At dawn, he strolls down the sleeping roads and streets by himself, where there are no people, a post-civilisation space. 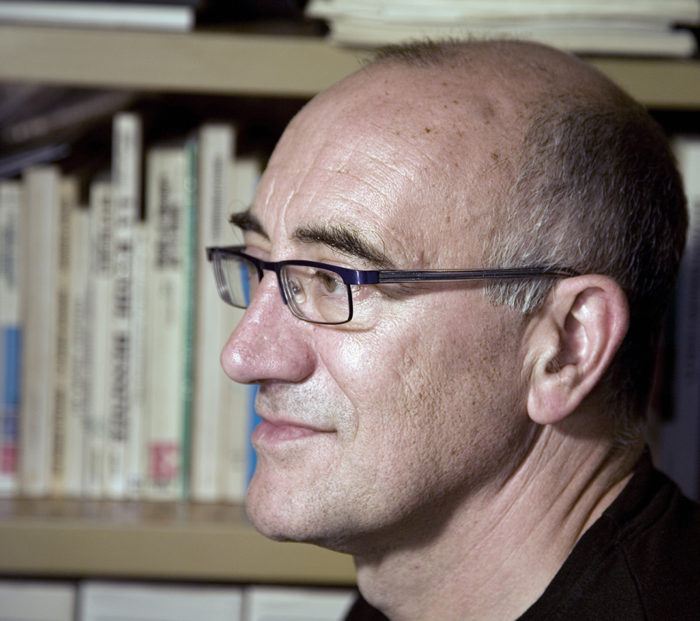 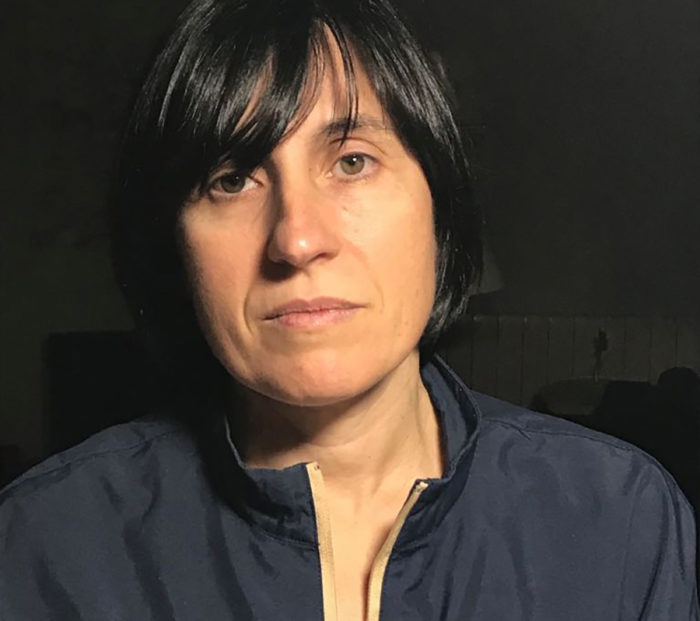 She has worked on the subjectivising processes and the normalising role of spaces through photography and installation art. In her latest works, this has materialised in a series of objects and performances for public spaces. Her approach involves discourses and stories to draw attention to the different processes that define a place through translation, dubbing or interpretation as in Vida hurdana. Lo que escriben los niños(Life in Las Hurdes. What children write) as opposed to Buñuel’s perspective.

Their artistic practice is centred on the debate and clash of ideas and forms of action, thereby establishing an interest in creating interventions on the social aspects through approaches that are committed to reality. DEMOCRACIA also engages in publishing and curation. 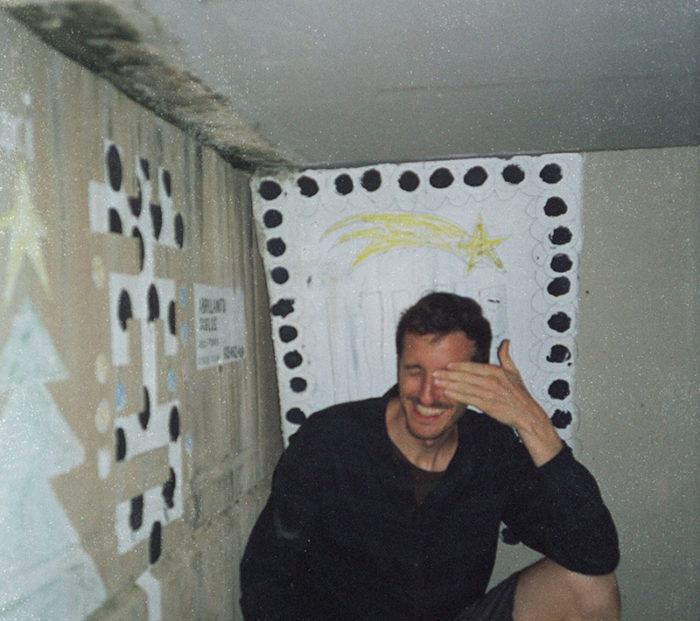 He has been active in the street art scene since the late nineties. With simple drawings made of clear lines and sober colours, his libertarian paintings address the present-day struggles, the resistance movements, the challenges of capitalism and the environmental problems. He has devised a large number of works from the streets of Spain to those of Thailand, Poland, India and Senegal, always maintaining direct contact with the public and the reality of the context. 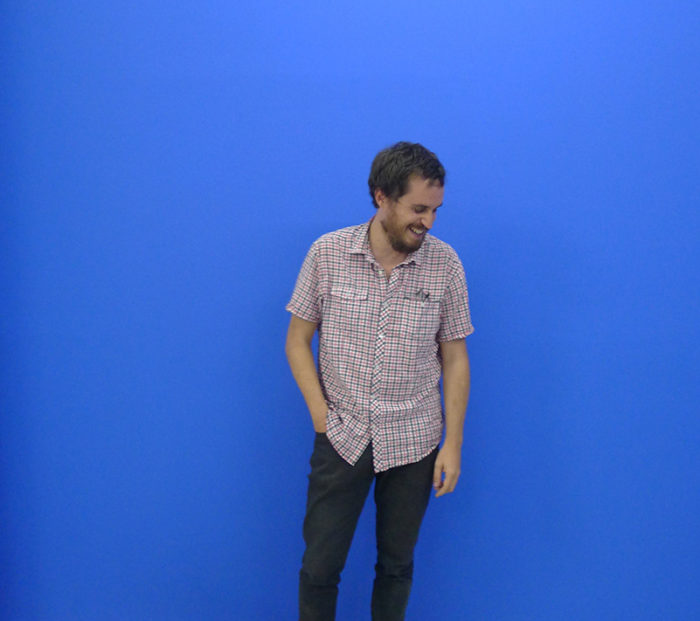 He uses diverse languages –drawing, photography, installation and video– to explore everyday circumstances drawn from the daily routines of public and social spaces, basically the street and the Internet. He creates works of euphoric illusionism, devoid of any power, with productive use of the absurd, the enthusiastic precariousness and surpassing the norm, that are defined by a non-believing and humorous conceptualism and that focus on the micro-political impact of art. 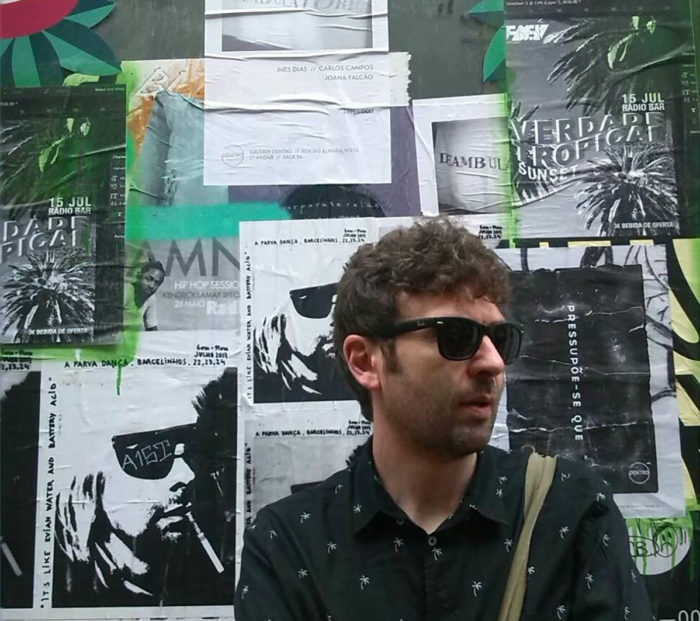 He is best known for his comic series where the main protagonist is his alter ego Martín Mostaza: Los días más largos(The longest days), El año que vimos nevar(The year we saw snow), 2006 and Mi organismo en obras(My body in the works), 2011. Winner of the Best New Talent prize in the Barcelona International Comic Fair in 2004, he became more prominent with his book Buñuel en el laberinto de las tortugas(Buñuel in the Labyrinth of Turtles) in 2008, which made him a finalist in the National Comic Award. 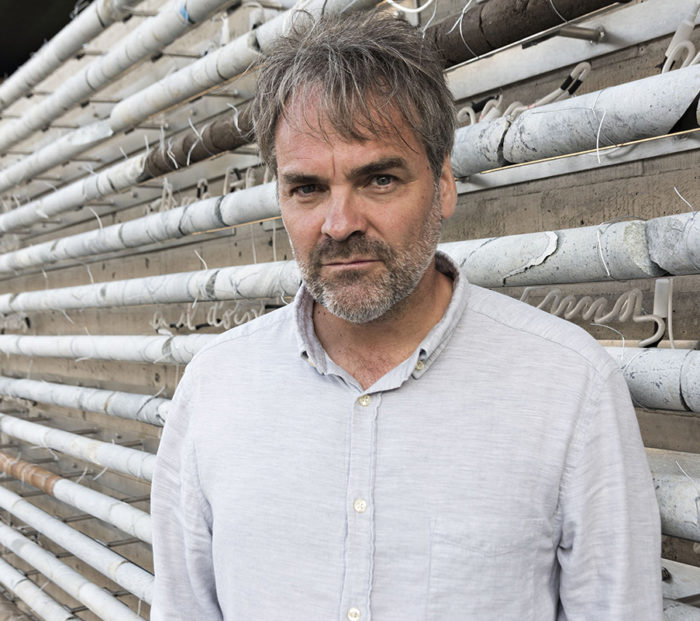 His work involves recording imprints, to make the invisible visible, to give voice and form to what was there but went unnoticed: the movement of different real elements on smoked surfaces, such as the flight of birds or the wild fountain of a geyser, coal marks from the depths of a mine or traces from his extreme expeditions in Antarctica. His paintings are objects of time, as upon completion they condense a story of their own creation in line with the natural rhythms. 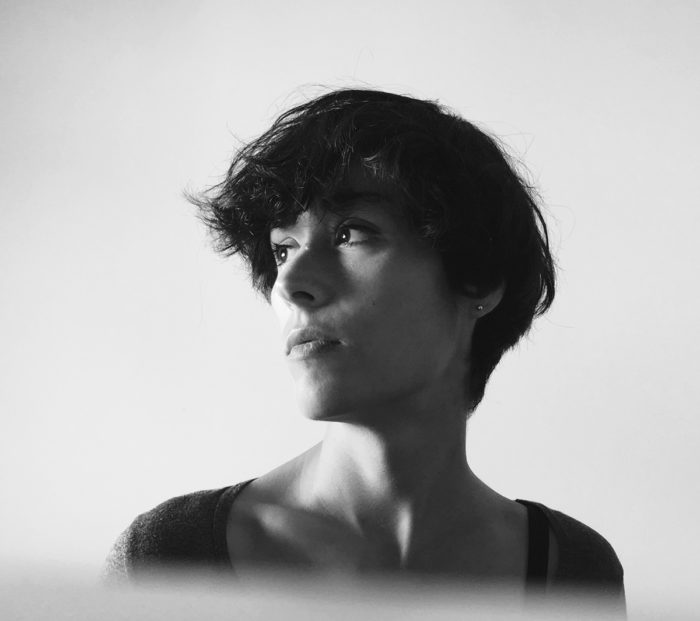 Her work revolves around the longing for survival. The confrontation and struggle for hegemonic power is a constant theme in her latest projects. Instability, vulnerability and frustration are also part of the emotional content of her work. Through different mediums such as installation, photography, video and drawing, she reflects on the system, our inability to communicate with each other and, finally, the dystopias of the modern society.

He studied architecture and fine arts, which he soon gave up. His work of more than fifty years, recognised with the Velázquez Prize in 2015, combines great coherence and independence, which also reflects in his statement: “Art is a personal action that can serve as an example, but can never have an exemplary value”. 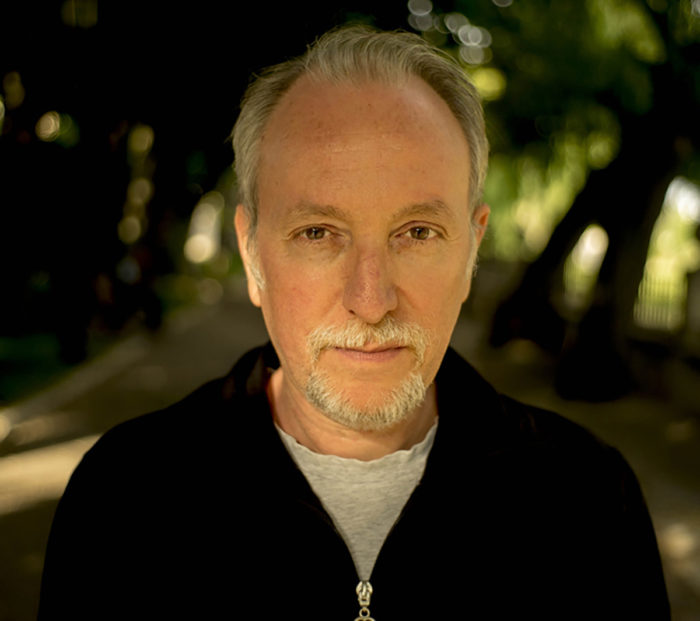 He began his career in the eighties with the magazine Madriz and has since drawn numerous books for children as well as for adults. He regularly collaborates with newspapers such as El País, Público and El Mundo. As a comic book author, he has published Cuentos de la Estrella Legumbre(Tales of the Legume Star) and Las Crónicas de Ono y Hop(The Chronicles of Ono and Hop). He also collaborated with S. García inEl Extraño caso del Dr Jekyll & Mr Hyde(The strange case of Dr Jekyll & Mr Hyde) in 2009 and Las Meninas(The ladies-in-waiting) in 2015, winner of the National Comic Award and the Best Work prize in the Barcelona International Comic Fair. 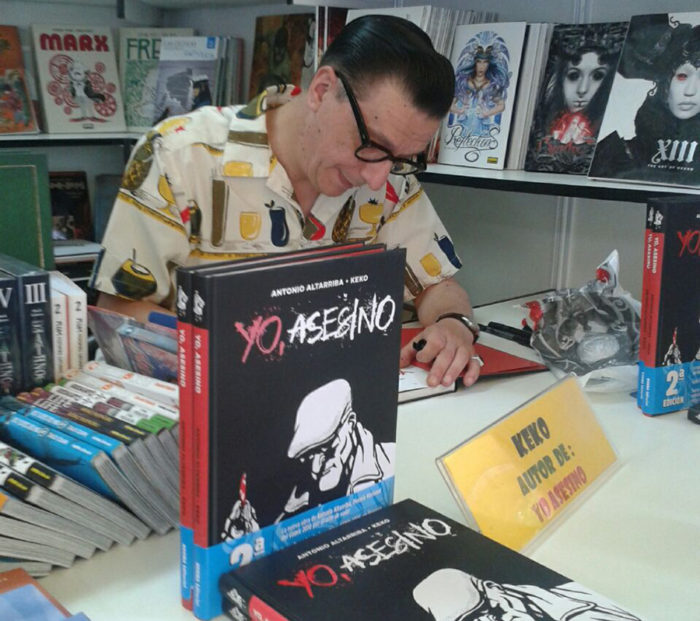 In 2003, he won the prize for Best Work in the Barcelona International Comic Fair for his book 4 botas(4 boots). With A. Altarriba, he has published: Yo, loco(I, crazy) in 2018, winner of Tournesol Award; El perdón y la furia(The pardon and the fury) in 2017; Yo, Asesino (I, killer) in 2014, winner of the french Grand Prix de la Critique award, best publication award from CEGAL, BD Polar award in Quais du polar in Lyon. 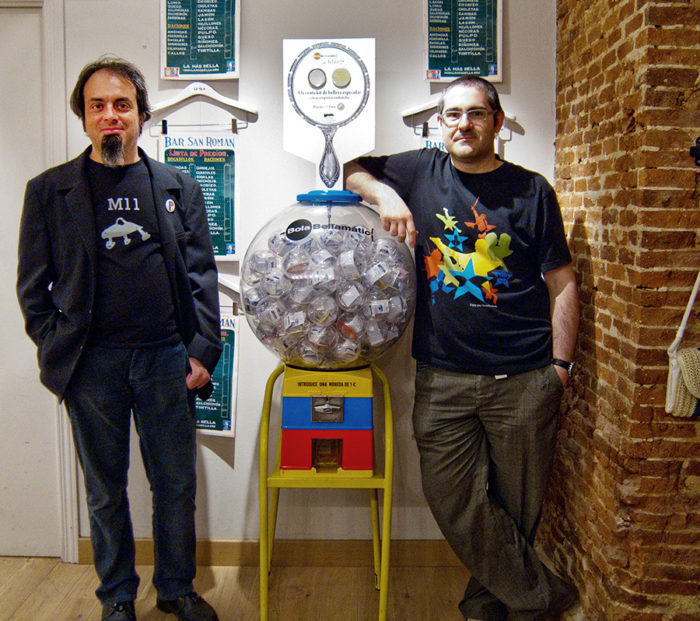 A project created in 1993 for reflection, action and experimentation in the modern art publishing world that promotes and executes artistic projects designed to be published through alternative channels and methods in the world of conventional publishing. Each new issue of the magazine contains contributions of dozens of creators from different artistic disciplines, such as plastic arts, literature, audiovisual or conceptual fields, on a monographic theme and a format proposed by the editors Pepe Murciego and Diego Ortiz. 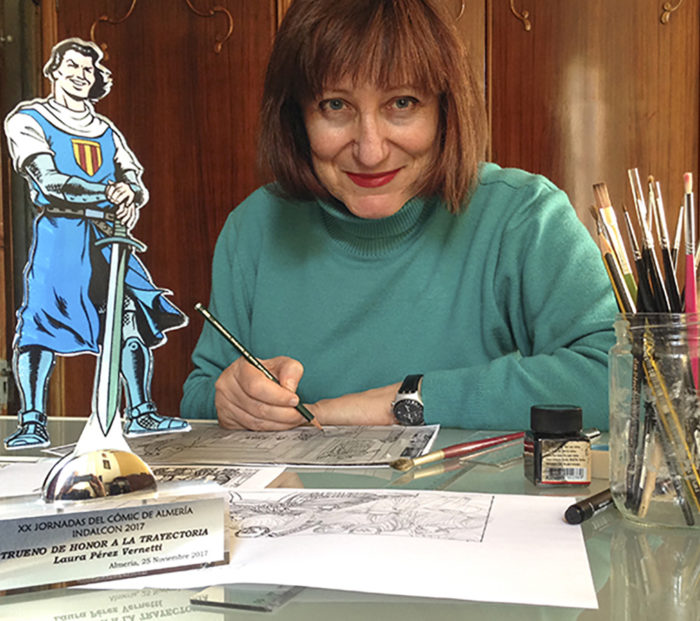 She began her career in 1981 through the magazine El Víbora besides screenwriters such as Onliyú, Sampayo and J.M. Lo Duca, working on eroticism and literature. In the nineties, her main focus was on experimental comics and from the year 2000, she started adapting the works of renowned writers like Maupassant, Thomas De Quincey, Dylan Thomas and Kafka. Over the last decade, she has devoted special attention to graphic poetry. She won the Grand Prize of the Barcelona International Comic Fair in 2018. 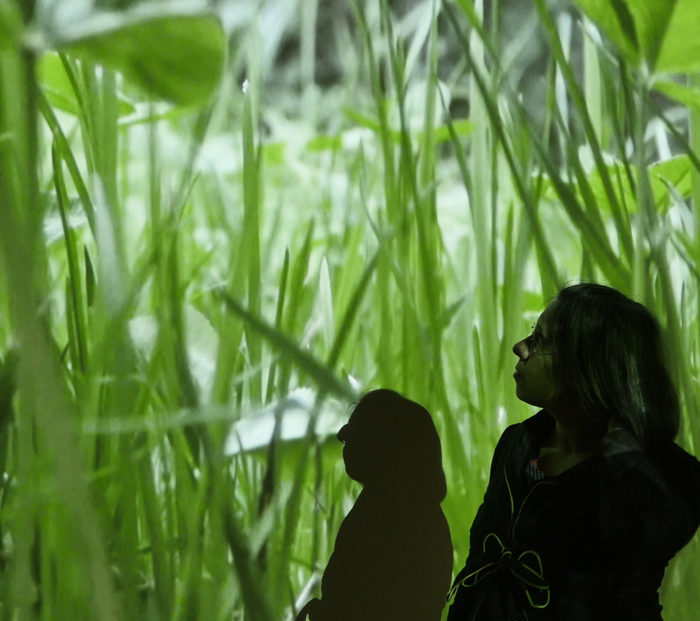 Her work involves carrying out interventions in public spaces and the architecture in various cities around the world, often requiring audience participation and revealing the imposed rules of behaviour. She breaks free from the statism of things and places, opening the possibilities for negotiation and finding new ways to perceive and interact. 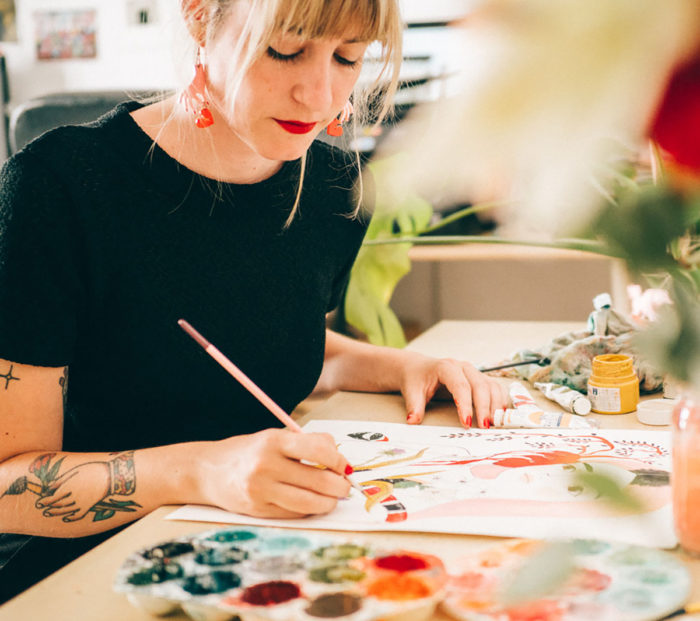 She has worked for the publishing house Edelvives on the production of textbooks and has illustrated for magazines such as Jot Down, Maasåi Magazine, Fashion & Art, Público, Kireii and Glamour. She has also collaborated with brands such as Louise Boutin, Brugal, Compañía Fantástica and Martini. Her most prominent works include Orgullo y Prejuicio(Pride and Prejudice) and Frida Kahlo. Una biografía(Frida Kahlo. A biography). 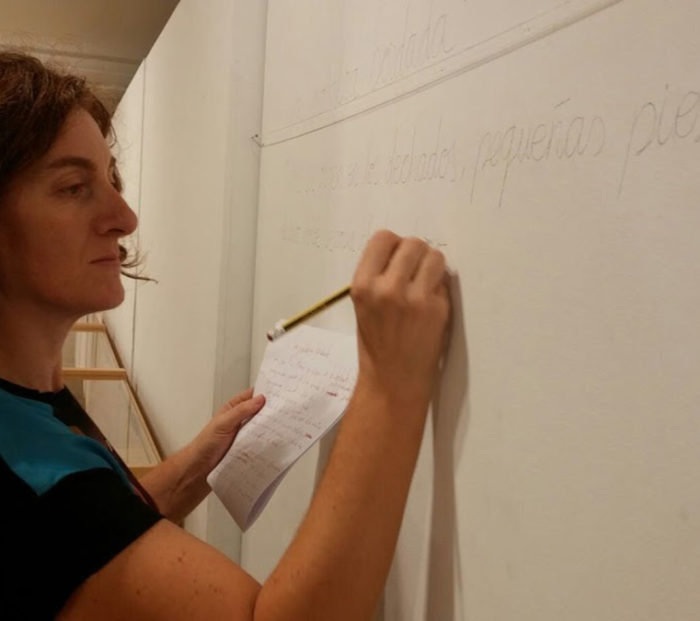 Through painting, sculpture, installation, drawing, photography, textile art and other art forms, she takes us down a sombre and exhilarating path from past to the present, in which she has incorporated feelings of bonding, nostalgia and conflict, transforming the exhibition space itself. Her creations are like an explicit homage to all the creative women who, from the domestic anonymity or artistic capacity, have worked to clean up various spaces and fill them with feelings.

He has drawn and written comics for newspapers, magazines and websites. With about fifty books published so far, he has been publishing in El Jueves for the last twenty years. He is a founding partner of the satirical magazine TMEO. He has also collaborated as a commentator on consumerism, popular culture and society on radio and television programs, developed projects related to contemporary art, and has been a guitarist and composer of popular music bands.

He began his career in the underground of the seventies and with the legendary magazine El Víbora. He is the author of about thirty comic albums translated into several languages. Since the nineties, he has also engaged in making illustrations on posters, album covers, drawings for newspapers and children’s books. He was the founder and co-editor of Nosotros Somos Los Muertosmagazine from the year 1993 to 2007. Since 2014, he has been publishing Trampantojo, a weekly comic strip in Babelia/El País. He won the Grand Prize of the Barcelona International Comic Fair in 2004 and the National Comic Award in 2007. 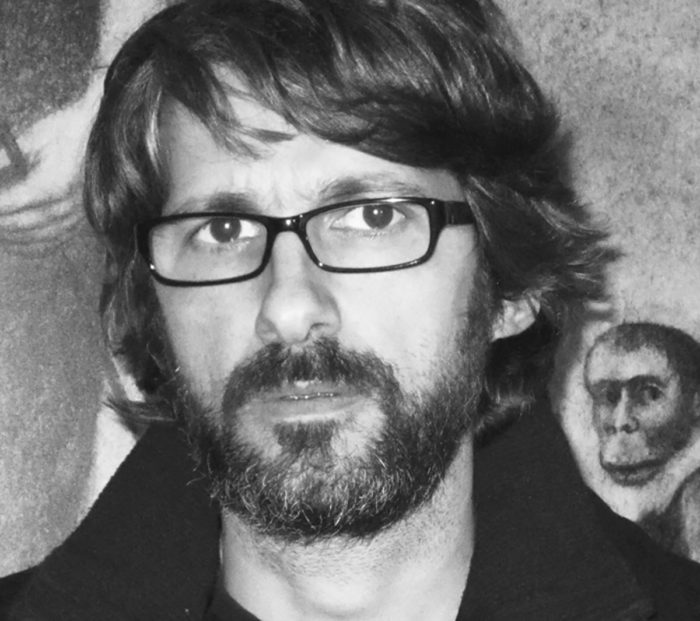 After collaborating on different fanzines with the author collective La Taberna del Ñú Azul, he began his professional career upon winning the Injuve Comic Prize in 2000. Currently a professor of the Master Ars in Fabula in Macerata (Italy), he served as president of the Professional Association of the Illustrators of Valencia between the years 2009 and 2013. At present, he is working on a new project that is a hybrid of comic book and illustrated book,El domingo en la Plaza de la División(The Sunday at the División Plaza). 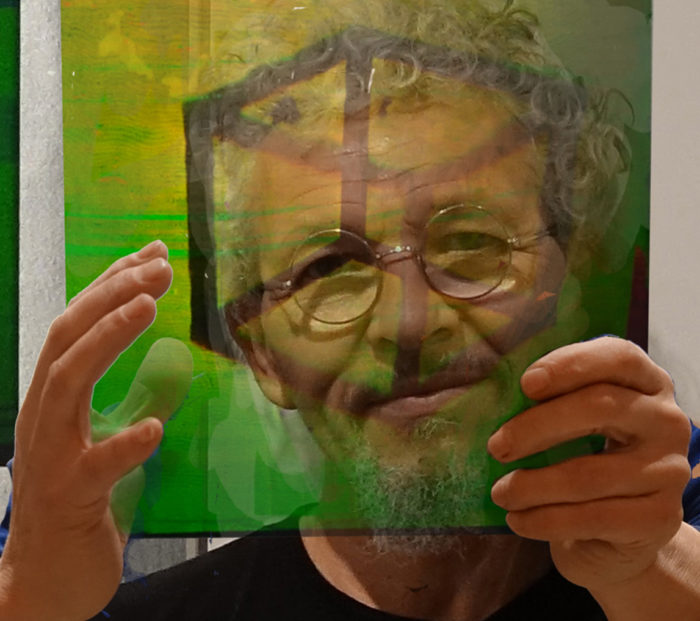 His artistic career began from painting and after travelling to New York with the Fulbright scholarship and subsequently living in London, he specialised in the field of holography. During the last thirty years, through his different works, he has provoked a reflection on the delicate line that exists between the real and the unreal, the subtle barrier between what we know and do not know, between what the reality reveals and what it hides from us. 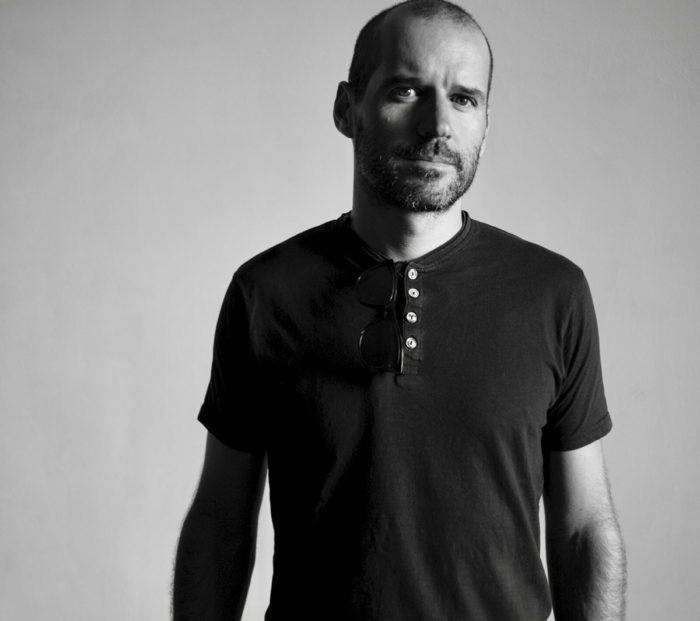 He reflects on photography and its suitability to represent reality. His work, from the very beginning, focuses on the account of personal experiences through the photographic report. He has received numerous international awards including the World Press Photo Award and the Fuji Euro Press Photo Award. His work, which has been exhibited within Spain and abroad, can be found among numerous collections. 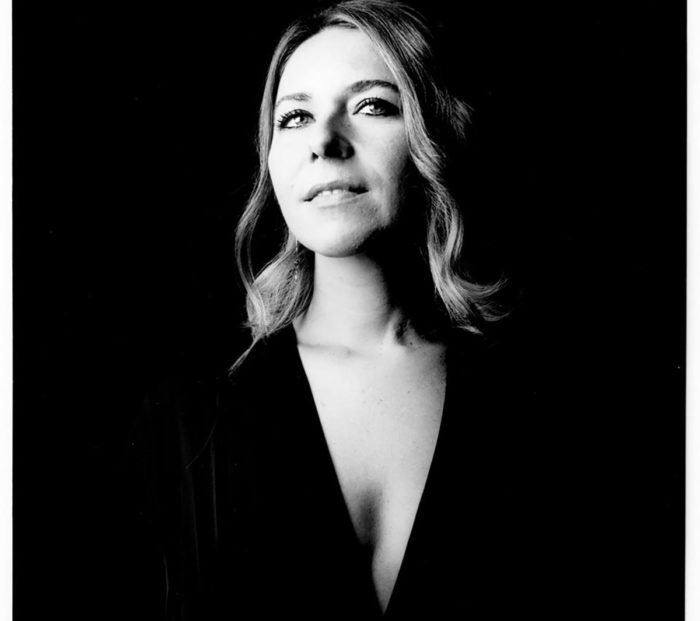 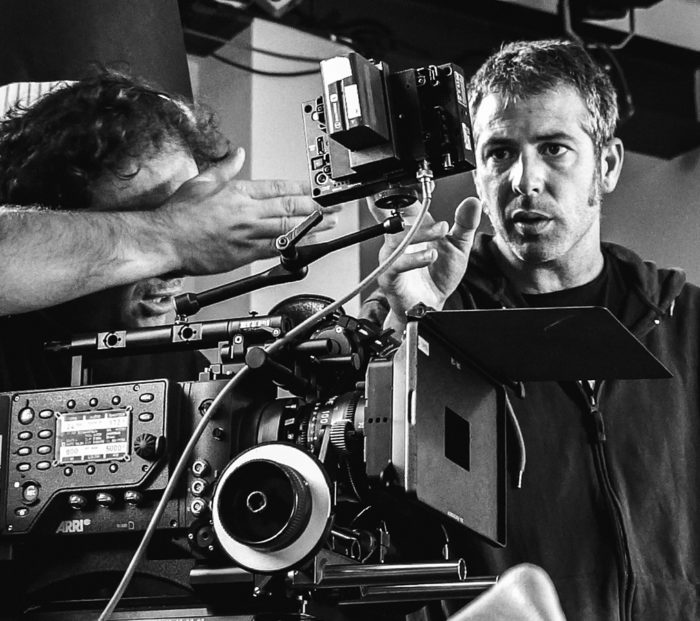 He’s a film-maker. His works include experimental feature films and documentaries about social aspects, art and advertising. His directorial debut Garantía Personal(Personal Guarantee), a Neo-Noir film, has participated in numerous national and international festivals, winning major awards. He is working on his new project, El Conseguidor(The Fixer), whose shoot will begin in 2020. In 2013, he opened up the Estudios Auriga studio in Extremadura. 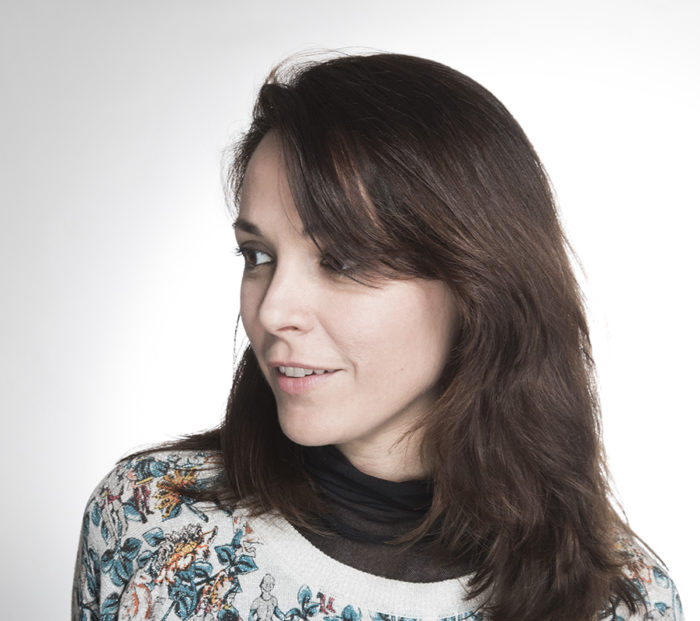 She uses different mediums in her work -photography, installation, archive, publications, drawings, painting and video- always focusing on the exploration of historical processes and the sociopolitical and economic impacts. She analyses the composition of history and the creation of documentation methodologies that have been developed in several studies, such as the cold war and propaganda in her OVNI Archive project, an atypical archive composed of various installations and photography series. 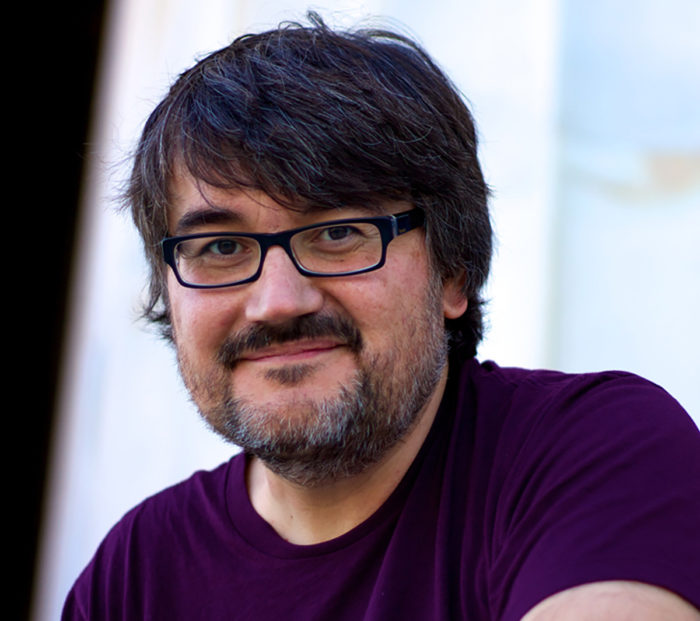 He started making comics with Pepo Pérez in the El vecinoseries, which was created in 2004 and an adaptation of which will be launched by Netflix in 2020. Over the last years, he has collaborated with numerous artists like Javier Peinado, David Rubín, Luis Bustos, Juaco Vizuete, Pablo Ríos and David Sánchez. A comic critic and theorist, his most prominent work is La Novela Gráfica(The Graphic Novel) published in 2010. 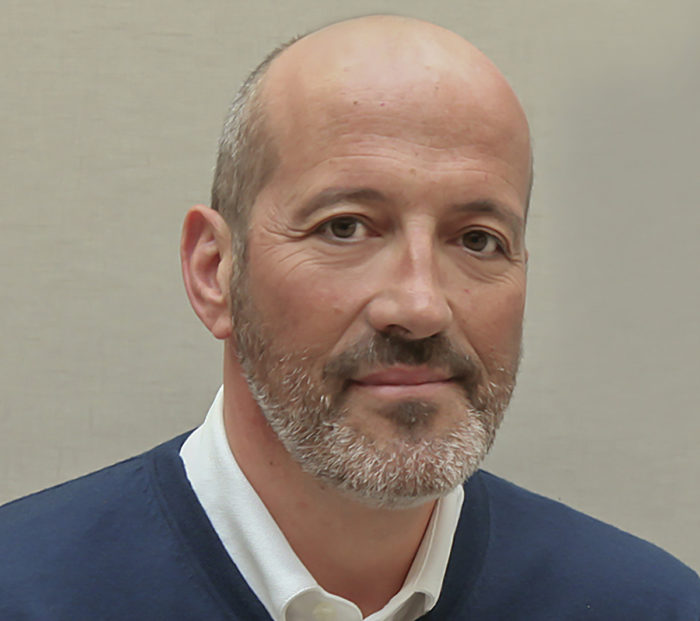 A visual artist and sociologist. From the very beginning, he was interested in combining both facets through Street Photography and the revision of Classical Photography, driven by the need to go beyond the conventional practices. From there, he has evolved towards colour and creation, reinterpreting the image through digital processes. In his works, he combines the vigour and message of photography with the visual power of the photographed subject, manifested in geometry and colour.