He has been active in the street art scene since the late nineties. With simple drawings made of clear lines and sober colours, his libertarian paintings question the present-day struggles, the resistance movements, the challenges of capitalism and the environmental problems.

He has devised a large number of works in an urban context from the streets of Spain to those of Thailand, Poland, India and Senegal, always maintaining direct contact with the public and the unfiltered reality of the context.

His most prominent interventions in the recent years include the ones at the Palais de Tokyo in Paris (2018), the IVAM in Valencia (2017) and the Power Station Museum in Shanghai (2016). He has also participated in events such as the Dakar Biennale for Contemporary African Art (2014), OFF Manifesta 10 in St. Petersburg (2014) and the Dismaland project organised by Banksy in Weston-super-Mare, UK (2015). 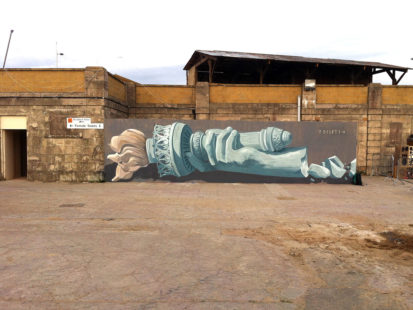 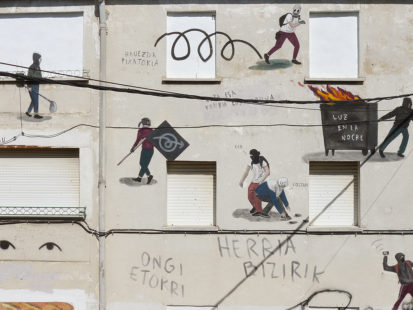 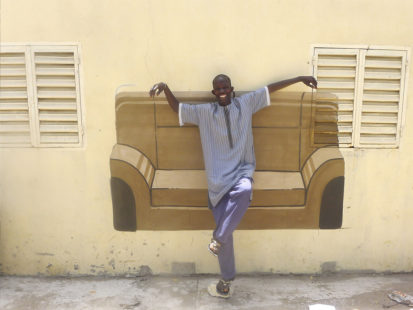 A mural on the wall of a building on Plasencia de Cáceres street that is part of the 150 social housing units built under the Franco dictatorship in 1959. The representation of a suspended sheet that now flanks the entrance to the city. Maybe the fabric is protecting some object, as is usually done in some empty houses to protect them from dust and moisture. Or perhaps it is the apparition of a creature, a reflection of some of our deepest fears. Both cases indicate and are accompanied by the existence of an uncomfortable reality that we prefer to keep hidden. The things that are not there, things that will help us grow, because those we already know will not let us explore beyond what we already are. 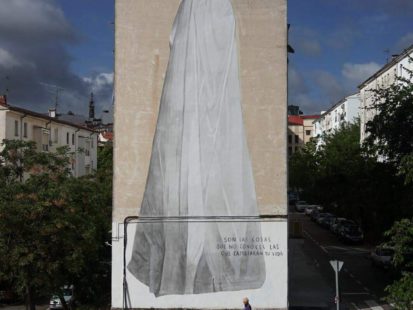 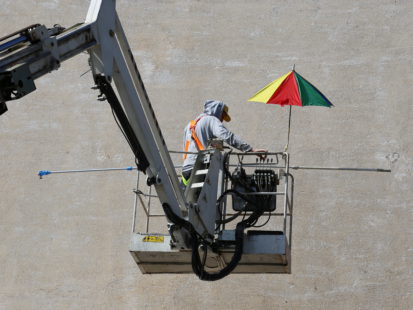 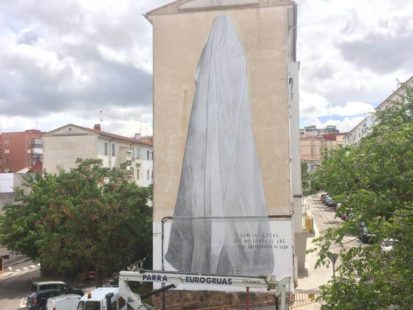