His artistic career began from painting. After travelling to New York with a Fulbright grant in 1985, he specialised in the field of holography. The exhibition Pintura, hierro y luz(Painting, iron and light) in Madrid, 1989 set a new direction that led him to London, where he lived until 1996 and presented a holographic sculpture What do you think?at the Benjamin Rhodes Gallery in 1989. In 1990, he was awarded a grant by the Pollock-Krasner Foundation of New York.

The appearance of reality-the reality of appearanceis the title of a series of works (photography, video and holography) created by him during the last thirty years with which he reflects on the delicate line that exists between the real and the unreal, the subtle barrier between what we know and what we do not know, between what the reality reveals and what it hides from us. His most prominent installations include: Throwing it down the drainat Battersea Arts Centre of London, 1995; Geometría(Geometry) at the National Museum of Natural History and Science of Lisbon, 1998; Nobody-Nadieseries at the Museum of Contemporary Art Esteban Vicente of Segovia, 2007; Sostenible-Insostenible(Sustainable-Unsustainable), carried out with a residence grant at The Center for Holographic Arts-HoloCenter of New York, 2004; Nadie es nadie(Nobody is a nobody) at the MEIAC of Badajoz and ZKM de Karlsruhe, 2008; and Where is the way?at the Júlio de Matos Hospital of Lisbon, 2009. In 2017, he participated in Apartes, Art Interventionson the 40th Anniversary of the Almagro International Classical Theatre, and Pongamos que hablo de Madrid(Let’s say I’m talking about Madrid), Guadalajara International Book Fair. He also collaborated in the exhibition The Unsupported Mark-Drawing with Holographyat the Gallery 286 art gallery of London in 2018.

In 2014, he created the Dados Negros Centre for Holography and Arts in Villanueva de los Infantes (Ciudad Real), with the objective of promoting contemporary art culture in rural areas. 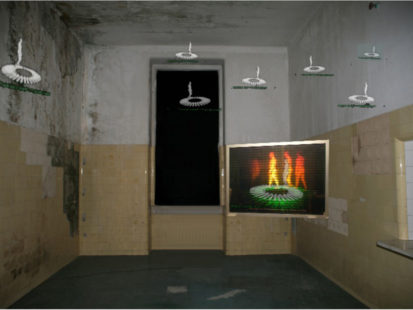 Where is the way 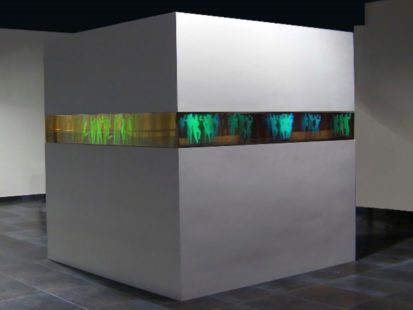 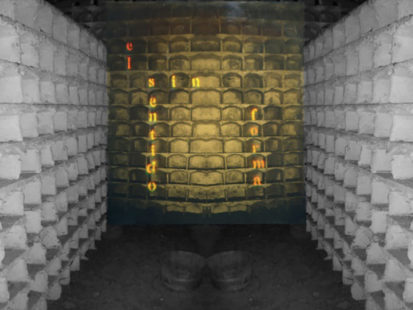 The appearance of reality-the reality of the appearance forms the narrative thread of a series of works created by Buitrago during the last thirty years. The hologram is presented as an instrument of perception, to observe from different angles what we do not see, we do not want to see or cannot see, and as a metaphor for reality, as something non-objective, seeking to create or recreate the sensations for reflection, to be able to see what we do not see. The project La incerteza del vacío (The uncertainty of the void), especially devised for the Aljibe or Cistern of the Cáceres Museum, is a fusion of paradoxes and contradictions. For instance, when we affirm something, such as the existence of the ‘void’, we immediately doubt our own affirmation. 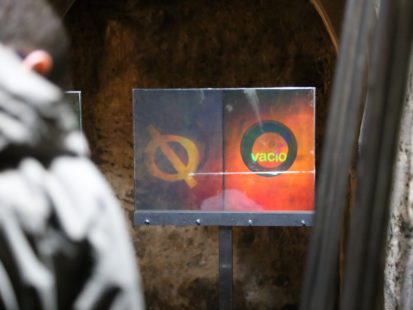 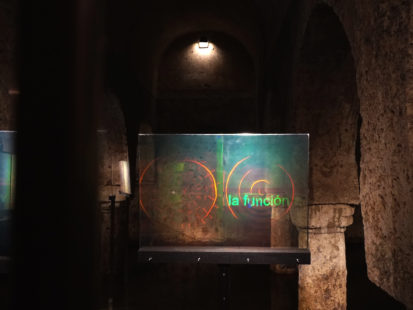 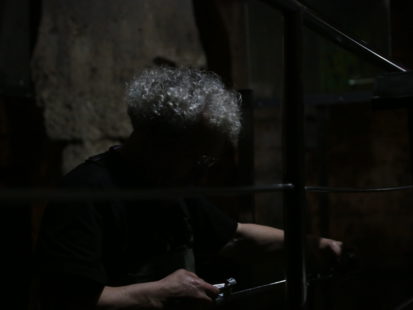