On 10 December 2018 at 11:00, a presentationon the contemporary visual art and culture project “Cáceres Abierto”  will take place in Room 28 of the Faculty of Philosophy and Letters of the University of Extremadura in Cáceres. In this presentation, organised in collaboration with the Department of Art and Territorial Sciences of the University of Extremaduraand the Ministry of Culture and Equality of the Regional Government of Extremadura, the Curator and Cultural Manager Jorge Díez and the artist Raúl Belinchón will take part.

Jorge Díez, Curator and Cultural Manager, has been Director of the MBA in Business and Cultural Institutions of the Complutense University and Santillana from 2006 to 2016 and of the international public art programme Madrid Abiertodeveloped between the years 2003 and 2012. He has undertaken public art projects in Cartagena de Indias, Valparaíso and Lisbon. In 2017, he curated Cáceres Abierto, the project that won the competition convened by the Regional Government of Extremadura, and the art intervention programme Apartesthat was part of the 40th edition of Almagro International Classical Theatre Festival. He has also curated, among many other projects: 1812_2012. Una mirada contemporánea(1812_2012. A contemporary approach) at multiple museums and cultural centres in Spain and the illustration exhibition 18+12to commemorate the 200th anniversary of the Constitution of Cádiz in 2012; Los 24 escalones y Joan Miró(The 24 steps and Joan Miró) exhibition at the National Museum of Brasília, Brazil in 2010; continuation of the series Els 24 graons for Espai 13of the Joan Miró Foundation of Barcelona in 2008-09; and the comics exhibition ¡Viaje con nosotros!(Travel with us!) at the Instituto Cervantes of Tokyo in 2011, as well as in Stockholm, Montevideo, Rosario and Buenos Aires after its inauguration at La Casa Encendida in Madrid. He has participated in several symposiums and seminars on public art in Taiwan, Porto Alegre, Nagasaki, Buenos Aires, Vitória, Belo Horizonte, Vigo and Barcelona.

On the other hand, Raúl Belinchónhas a degree in Art History from the University of Valencia and is currently working as a freelance photographer with which he reflects on photography and on its suitability to represent reality. His work, from the very beginning, focuses on the account of personal experiences through the photographic report. He has received numerous international awards including the World Press Photo Award and the Fuji Euro Press Photo Award. He has also been nominated for the Prix Pictet of London and the Joop Swart Masterclass of the World Press Photo in Amsterdam. His work has been exhibited at the Joan Miró Foundation in Barcelona, at the National Museum of the Cultural Complex of the Republic in Brasília, Museum of Rome in Trastevere, the Palazzo Venezia and in the Välparaíso in(TER)venciones, an art project commissioned by the Acción Cultural Española (AC/E). 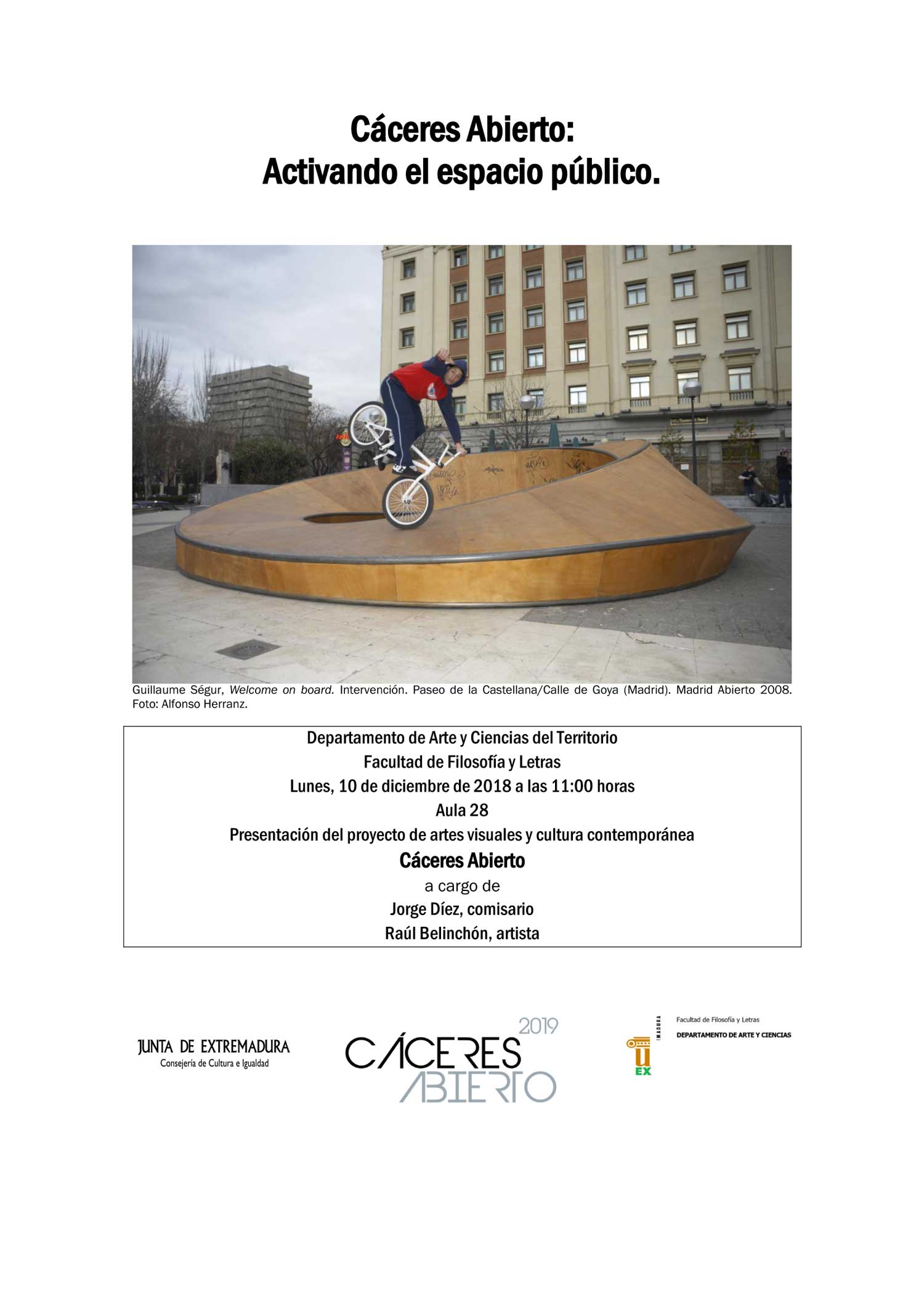