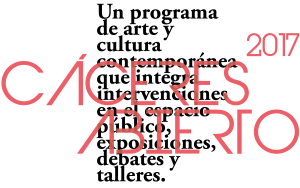 He completed his education from the Escola Massana in Barcelona, and the Universities of Chile and Barcelona. His work involves recording imprints, to make the invisible visible, to give voice and form to what was there but went unnoticed. Using photographs or videos, he records the movement of different real elements on smoked surfaces, such as the flight of birds or the wild fountain of a geyser, coal marks from the depths of a mine or traces from his extreme expeditions in Antarctica. He engages in devising performances that show the inherent creative processes of his work.

His work has been recognised internationally through the performances and expeditions carried out for the most part in Chile, including Gran Surin Chilean Antarctic Territory, 2011; Acción Lota, 2006; acción Géiser del Tatio(El Tatio Geyser), 2006; acción Salar de Atacama, 2006; acción Mina a Rajo Abierto(Open-pit mining), 2006; and Congelación(Freezing) on the Collins glacier in the Chilean Antarctic Territory, 2002. His artistic career has been appreciated through various scholarships and honours, such as the Guggenheim Scholarship (2006-2007). He has participated in multiple international exhibitions. He also represented Chile at the 54th Venice Biennale (2011). He recently installed the permanent artwork Acción Medularas a tribute to General Carlos Prats González (2017) at the Museum of Memory and Human Rights of Chile, and the City Council of Barcelona has entrusted him with designing a monument at the Pablo Neruda Square, to honour the efforts of the poet in providing shelter to Spanish republican refugees. 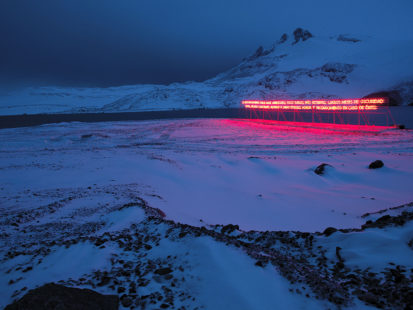 His work has been recognised internationally through the performances and expeditions carried out for the most part in Chile, including Gran Sur in Chilean Antarctic Territory (2011), especially after he presented a piece under the same name at the Casa de América in Madrid and in VÄLPARAÍSO IN(ter)VENCIONES, and subsequently at the Venice Biennale, representing his country. The intervention conceived for Cáceres Abierto has been cancelled due to the current legal restrictions on neon signs, the technical difficulties in installing at the Edificio de Servicios Múltiples building and the very high cost that this entailed.